Pianca is an Italian company based in Treviso, Italy, and was established in 1954. Its woodworking culture represents 14 generations of masters, first mentioned as “Da Pianca” in documents that date back to the 16th century.

Pianca pioneered many significant milestones in the history of the furniture industry, such as the modular case goods system with customization capability, the upholstery folding system, and participation in the first Salone del Mobile in 1961 – the largest furniture fair in the world. From 1961 onward, Pianca has never missed a single Salone del Mobile.

The Pianca furniture line is the purest expression of a company’s DNA, tied to its tradition, know-how, history, aesthetic research, and constant innovation. A patriarch of modern sculpture, Constantin Brancusi, declared that “Simplicity is complexity resolved,” and the Pianca creative team has always striven to uphold this ideal of elegance as simplicity in their furniture’s design and function. Attention to detail is a constant priority within their pieces’ shape, contours, and construction.

The Pianca brand has employed a commitment to green manufacturing and nature conservation that is unparalleled within the industry. Pianca’s wood use from designated tree farms meets strict third-party certification standards set up to circumvent global deforestation, and their environmentally safe production process includes non-toxic wood board composites, non-toxic glues, and water-based lacquers. With solar panels as their electricity source reutilizing thermal energy and innovative packaging that reduced their cardboard, plastic, and polystyrene by 95 percent, Amazon themselves visited Pianca in 2014 to learn from their supremely eco-friendly manufacturing process! 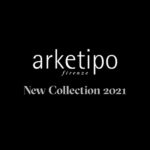 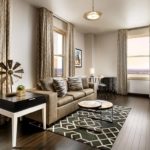 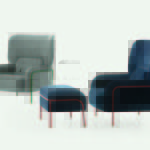